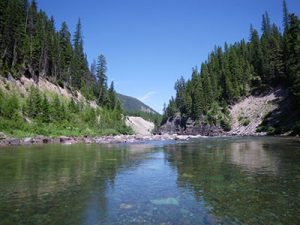 It’s getting close. The final draft of the Flathead National Forest Plan will be released in June. There are actually two pieces: the final draft of the forest plan, along with the final version of the associated Environmental Impact Statement (EIS), which includes guidance for grizzly bear management in coordination with neighboring national forests.

The comment period ended on October 3, 2016 for the draft EIS, the draft revised forest plan and draft forest plan amendments. The120-day comment period resulted in over 33,000 comments. Comments help the Forest Service identify the range of issues to be addressed, and the significant concerns related to the draft forest plan, draft amendments, and draft EIS, and are assisting the interdisciplinary team in developing and recommending a preferred alternative.

The final EIS and draft record of decision is expected to be released in June 2017 and will be subject to a pre-decisional administrative review process; commonly referred to as the objection process. The Forest Service’s objection process provides an opportunity to have any unresolved concerns reviewed by the Forest Service prior to a final decision by the responsible official. Objections will be accepted only from those who have previously submitted substantive formal comments during an opportunity for public participation provided during the planning process, and attributed to the individual or entity providing them.