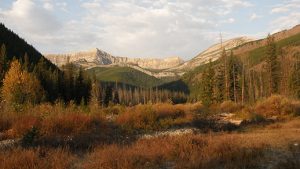 Here’s a little bit different spin on the just-released, near-final version of the Flathead Forest’s new forest plan. There’s less discussion of the plan itself and more about the difficulties it is likely to face in the courts . . .

The U.S. Forest Service has released the draft record of decision and final environmental impact statement for the Flathead National Forest revised land and resource management plan for a 60-day objection period.

These documents mark the final steps in completing the plan, which the Forest Service expects to guide management for 10 to 15 years. As the Daily Inter Lake reported in October, it’s inching towards completion after four years and considerable controversy.

The draft environmental impact statement set out multiple courses of action for managers to pursue. Of these, Forest Supervisor Chip Weber selected alternative B. In the draft record of decision, he claimed that it “has the best mix of management areas that reflects what I heard the public wanted.”