Attorneys for a Louisiana oil and gas company have asked a federal judge to reinstate a drilling lease it held on land considered sacred to Native American tribes in the U.S. and Canada.

The long-disputed energy lease in the Badger-Two Medicine area of northwestern Montana near the Blackfeet Reservation was cancelled in 2016 under then-U.S. Interior Secretary Sally Jewell. That decision was upheld by a federal appeals court last year.

Now Solenex LLC — the company that held the lease — is making another run at getting a court to restore its drilling rights. In court documents filed Thursday in a lawsuit against the Interior Department, its attorneys argued that Jewell exceeded her authority and the lease should be reinstated.

The Badger-Two Medicine is sacred ancestral land of the Blackfeet Nation along the Rocky Mountain Front in northern Montana, just south of the Canadian border. Here, 8,000-foot limestone peaks notch the sky and pristine rivers cut through deep canyons before spilling out onto the rolling plains. These lands are home to the principal origin story of the Blackfeet people, who trace their creation to the headwaters of Badger Creek and Two Medicine River; and even today, one can still see the same sweeping vistas, find many of the same wild animals, such as grizzly bears, lynx, golden eagles and cutthroat trout, and hear the same sounds as those who lived here 10,000 years ago—as long as the Blackfeet people have been here. It’s home to the spiritual Medicine Grizzly and where tribal members still practice traditional ceremonies.

For years, the Blackfeet have been fighting to save the Badger-Two Medicine from the irreversible fate of development. And one tribal member, John Murray, 72, has spent the better part of his life protecting these lands from the threat of oil and gas extraction that’s hovered over them for nearly two decades—although attacks to Blackfeet homelands started long before that.

Blackfeet territory once spanned from present-day North Dakota, west to the Rocky Mountains, to the mouth of the Yellowstone River and up the Saskatchewan River to Lake Winnipeg, John begins. He is speaking to me from his office in Browning, Montana, (population just over 1,000) on the 1.5 million-acre Blackfeet Indian Reservation. His tone is measured, which puts listeners at ease, and gently commands full attention. John is a masterful storyteller, often bringing a tale in such a graceful circle that, after you’ve become so immersed in the story itself, you’re surprised to find he’s carried you back to the original point—and delivered you there with a much greater understanding than you had before. His desk is laden with mountains of paper, including the US Forest Service proposals and industrial projects on tribal land that require his immediate consultation. Outside, beyond Browning, winter melts from mountains that had been Blackfeet homelands for a geologic timespan that dwarfs rushed bureaucratic deadlines. “That was land that in our origins was what we called our world,” he says. 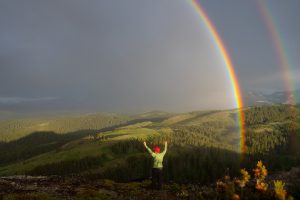 Good news! It’s been a long time coming. Let’s see if it makes it though the legislative meat grinder . . .

“A few weeks ago, the Blackfeet Tribe and the people of Montana won a huge victory for our public lands when the last oil and gas lease in the Badger-Two Medicine was remanded to a lower court,” said Tester. “Now it’s time we build on this momentum and continue the fight to safeguard this sacred area, which is why I am introducing legislation that honors the will of the Blackfeet Tribe and of public lands owners across our state by permanently protecting the Badger-Two Medicine for future generations.” 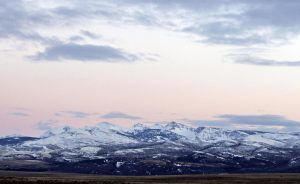 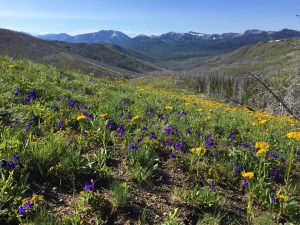 Some good news for the Badger-Two Medicine region: Moncrief Oil has retired their oil and gas lease. Only the Solonex leases remain in contention . . .

One of two contentious oil and gas leases is no longer a threat to a sacred wild land south of Glacier National Park.

On Tuesday, the Wilderness Society announced it had reached an out-of-court settlement with Moncrief Oil to permanently retire a 7,640-acre oil and gas lease in the Badger-Two Medicine area of the Lewis and Clark National Forest. That leaves one 6,200-acre lease owned by Solonex LLC still in play.

“The Wilderness Society thanks Mr. W.A. Moncrief, Jr. for his willingness to negotiate, and we are pleased to have been able to secure the retirement of this lease. We look forward to working with our partners in the Blackfeet Nation and other stakeholders to obtain permanent protections for this important area of our nation’s public lands,” said Wilderness Society president Jamie Williams in a statement.

The next chapter in the battle over oil and gas leases in the Badger-two Medicine region opens today with oral arguments before a three-judge panel of the U.S. Circuit Court of Appeals in Washington, D.C.

The Flathead Beacon has a good article, including links to online information . . .

Last October, leaders of the Blackfeet Nation celebrated a major victory in their mission to furnish permanent protections on the Badger-Two Medicine area when Moncrief Oil relinquished an energy lease spanning more than 7,000 acres along the Rocky Mountain Front.

The news provided a capstone to a monumental effort by the Blackfeet and numerous other stakeholders determined to preserve one of the last best places and rid the region of the looming threat posed by energy holdings.

It also meant that one oil-and-gas leaseholder still remained in the Badger-Two Medicine area, a place held sacred by the Blackfeet and which provides habitat to a range of wildlife, including grizzly bears, wolves, wolverine, elk, and cutthroat trout. It serves as the headwaters of two drainages, Badger Creek and the South Fork Two Medicine River, which together water the reservation and the northern plains of Montana.

Well, now. This is good news. Moncrief Oil relinquished their drilling lease in the The Badger-Two Medicine region Tuesday, leaving only one, stubborn holdout: Solonex . . .

Leaders of the Blackfeet Nation on Tuesday celebrated another victory in their mission to furnish permanent protections on the sacred Badger-Two Medicine area after Moncrief Oil relinquished an energy lease spanning more than 7,000 acres along the Rocky Mountain Front.

With the announcement of the relinquishment of Moncrief’s lease, there remains only one oil and gas leaseholder in the Badger Two Medicine area, Solenex LLC. The company’s 6,200-acre lease was cancelled by the government in 2016, but reinstated in 2018 after the D.C. District Court ruled in favor of Solenex. The case is currently in the United States Circuit Court of Appeals in Washington, D.C.

Still, the news on Tuesday prompted an outpouring of gratitude from members of the Blackfeet Nation, for whom the Badger-Two Medicine carries deep historical and cultural significance, as well as from conservation groups intent on preserving the area’s ecological heritage.

Oh, boy. A property rights lawyer with  significant connections to Solonex just got appointed as Deputy Director of Policy and Programs for the Bureau of Land Management, We’re talking a major, let the fox guard the henhouse, conflict of interest in the ongoing lawsuit over oil and gas leases in the Badger-Two Medicine . . .

An attorney for an oil company that is suing the federal government to drill for oil and gas in the Badger-Two Medicine region just south of Glacier National Park was recently named Deputy Director of Policy and Programs for the Bureau of Land Management, drawing charges that there’s a clear conflict of interest in the case.

William Perry Pendley, was a longtime attorney for the Mountain States Legal Foundation, which represents the Solonex Corp.

As of 2018, Pendley was listed as the attorney of record for Solonex, though the Foundation’s website no longer lists him as an attorney with the organization and his BLM profile makes no mention that he long argued cases for the Foundation.

This is likely not as bad as it sounds. The feds are going to dig in and fight the Solonex lease in the Badger-Two Medicine region. The Moncrief lease doesn’t even have a permit to drill and would require a huge battle just to get past that step. I’d guess the government made the pragmatic determination to concentrate their resources on the larger threat. If they win against Solonex, the Moncrief lease is probably toast, too.

In a dramatic change of course, attorneys representing the U.S. Department of the Interior filed paperwork announcing they will not defend the cancellation of one of the last remaining oil and gas leases on the 130,000-acre Badger-Two Medicine, an area flanking Glacier National Park that holds cultural and ecological significance to members of the Blackfeet Nation.

While members of the Blackfeet Nation expressed disappointment and frustration in the Interior’s decision not to fight an appeal by lease-owner W.A. Moncrief Jr, the Interior Department is expected to defend the cancellation of a second lease held by Solenex LLC of Baton Rouge, which is also being fought on appeal.