Elke Duerr, who took care of the North Fork Hostel while Oliver was away early this year, is also, among many other things, a filmmaker. Her documentary about the Mexican Gray Wolf, “Stories of Wolves”,  is showing at the Crush Lounge on Monday, February 24, at 7:30 p.m. The Crush Lounge is located at 124 Central Avenue in Whitefish, on the second floor.

For more information see the Wild Wolf Film web site and the site for the Web of Life Foundation (W.O.L.F.). 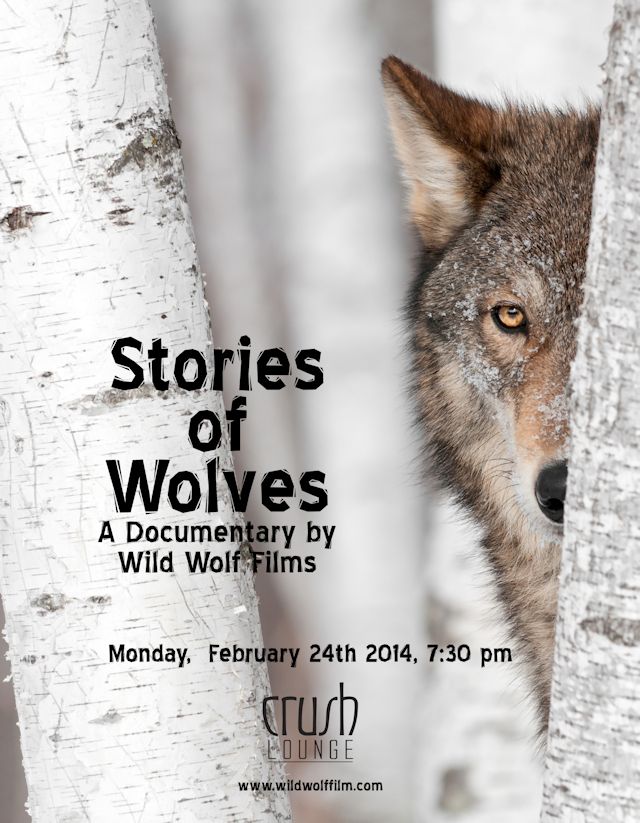 The Gateway-to-Glacier Trail organization is showing two North Fork-related documentaries in a fund raiser at the O’Shaughnessy Center in Whitefish, on April 26. “Mercantile” is about — what else? — the Polebridge Mercantile. “The Lookout” centers around Thoma Lookout . . .

Gateway-to-Glacier Trail is offering a redux of movie night, this time at the O’Shaughnessy Center in Whitefish, to give those who weren’t able to last month a chance to see two documentaries by Brian Bolster.

The original movie night in March was so successful, attendees had to be turned away because the room capacity was exceeded. This movie night, scheduled for April 26 at the Whitefish venue, will feature Bolster’s Northwest Montana documentaries.

Leif Haugan will show “Mercantile,” Bolster’s short documentary on the Polebridge Mercantile, featuring an inside look at the Merc’s baking operation in a rustic setting…

Haugen is the focus of the second award-winning documentary film, “The Lookout,” which features the Flathead National Forest’s Thoma Lookout, above the North Fork of the Flathead River Drainage, a few miles south of the Canadian border…

A well-regarded documentary about Thoma Lookout is gaining press coverage. Additional information is available on the film’s Facebook page . . .

New York filmmaker Brian Bolster was backpacking through Glacier National Park when he came across a fire lookout. The solitary day-to-day lives of people living perched atop mountains, scanning the horizon for wildfires, intrigued Bolster. The result is a 16-minute award-winning documentary, titled “The Lookout.” Bolster spent six days and five nights single-handedly filming Leif Haugen, a fire lookout for the Flathead National Forest, as he performs his daily duties at the Thoma Lookout in the North Fork area near the Canadian Border.

The screening in Whitefish is on August 29th, at 5 p.m. at the O’Shaughnessy Center. Cost is $5 in advance and $7 at the door. Tickets are available at all four Montana Coffee Trader locations.

There’s also a showing in Missoula on August 30th at 5 p.m. at the UC Theater on the University of Montana campus. There’s no charge at the Missoula venue.

See our earlier post for more information on the documentary.

Here’s a little, low-profile news item that should probably be getting more coverage. A new Ken Burns documentary series, “The National Parks: America’s Best Idea,” will start playing on PBS late next month. A sneak preview of the series will be shown in Whitefish August 29th and in Missoula on the 30th. Dayton Duncan, a writer and Burns’ long-time collaborator, will host the sneak previews. Burns directed the series; Duncan wrote and co-produced.

According to an AP article making the rounds, the documentary is “about America’s national parks and the people who devoted their lives to preserving them for the public.”

Both of these guys are heavy-hitters. Burns is a well-regarded maker of documentaries, with two Oscar nominations and a handful of Emmys. Duncan is a first-rate writer (his “Out West…” is my favorite) whose interest in American history and the regular folks who move it along nicely complements Burns’ views.

For those of you wanting a quick peek, Amazon has a film trailer online.

For more information, visit the PBS site on the documentary, which has lots of material, including several video excerpts

No word yet on the venue or on whether they are going to show the full, six-hour documentary at the preview. We’ll post more information as it becomes available.