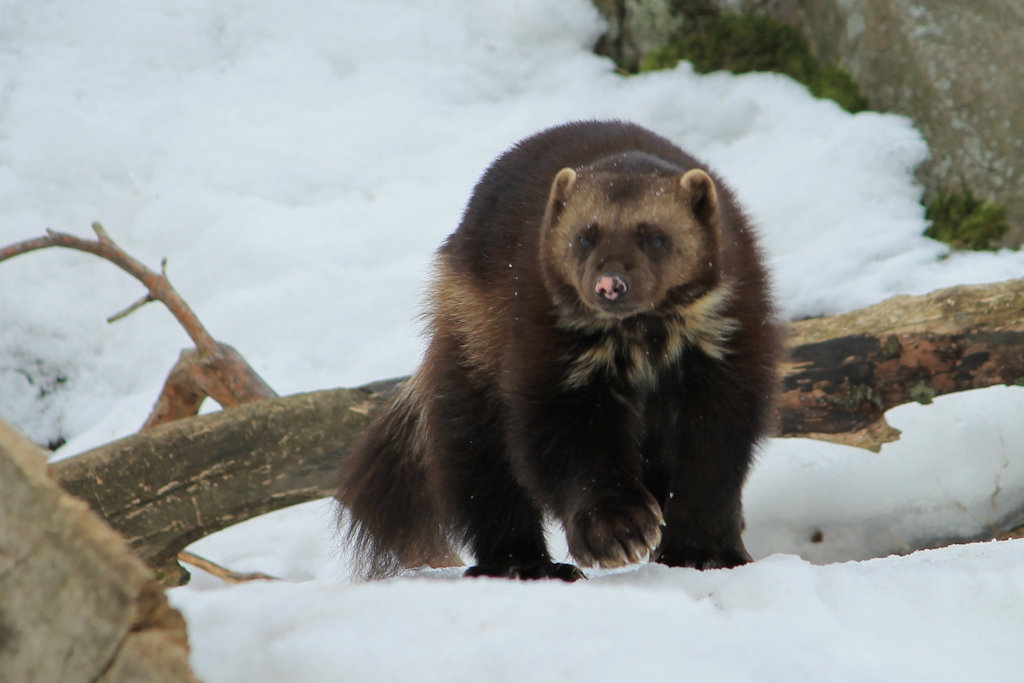 Here’s the latest on the fight over adding wolverines to the endangered species list. (Bonus fact: The judge has actually seen three of them.) . . .

In a room packed with wolverine legal experts, U.S. District Judge Dana Christensen may have had the best brief. He actually saw the rare carnivore on three separate occasions.

“I don’t know what the odds are of seeing a wolverine three times,” Christensen told the attorneys, “but there’s no reason for any of you to explain it’s a member of the weasel family with large feet that eats marmots. I’ve seen that.”

Christensen added he also had read the scientific reports on the wolverine’s habitat and population, was aware of how elusive the animal is and how hard it is to study. What he wanted to know in the case of Center for Biological Diversity et. al. v. Interior Secretary Sally Jewell was whether an agency decision denying Endangered Species Act protection to wolverines was reasonable or arbitrary.