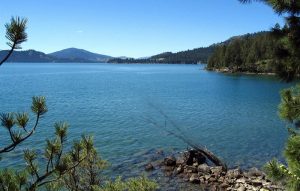 Late last year we observed, “One has to wonder if there’s a connection between the administrative uproar over a pilot program to combat invasive mussels in Flathead Lake and the defunding for supposed budgetary reasons of the organization tasked to oversee the program.”

Since then, relations between the Flathead Basin Commission and the Montana Department of Natural Resources and Conservation have reached a new low with the firing — or attempted firing, anyways — of the commission’s executive director. What a mess.

The Missoulian has the story . . .

A simmering dispute between a state agency and a group connected to it, charged with monitoring Flathead Lake’s water quality, has intensified with the dismissal of its executive director for “dishonest, subversive and disruptive” activities — allegations Caryn Miske adamantly denies.

Instead, Miske says she was fired in February “for political reasons and for personality differences” with administrators within the Montana Department of Natural Resources and Conservation as part of a “power struggle” between DNRC and the 23-member Flathead Basin Commission that she formerly headed.