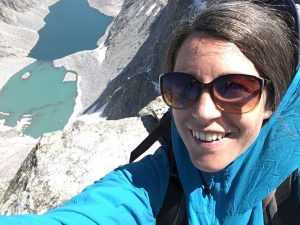 NFPA President Flannery Coats has an excellent op-ed in the Hungry Horse News . . .

Most people who live up the North Fork call themselves “North Forkers.” You’ll know a North Forker when you meet one. At meetings outside of the North Fork, introductions usually go “my name is so and so and I’m a North Forker.” This is meant to imply a few things. For starters, an aptitude for self-sufficiency. For some of us, though, it’s more of an attitude with a willingness to learn. Another, the affliction of joy when things don’t go according to plan 80% of the time. In the shed that usually means a zip tie to the rescue while in the kitchen it’s more like what’s in the pantry is what’s on the menu. Being a North Forker also implies a code of living. Living with bears. Living with each other, although many will joke about which one makes a better neighbor. In true North Forker fashion, the place has a unique history of what living with bears looks like. At backcountry cabins you’ll see 2-foot long nails spiked through the heavy log doors, an old school ranger “bear proofing” their cache. Back in the ‘90s downtown Polebridge was full of Karelian bear dogs, the first of many special touches grizzly bear management specialist, Tim Manley, gave in his career with FWP. The years following he taught landowners to secure attractants and bear proof places like garages where food and garbage is stored until a town run is imperative. Thanks to those educational opportunities the North Fork is now a model of how people and bears can coexist given the right tools, although this fall would indicate that education is imperative after improper food and garbage storage by a few new landowners led to the death of four grizzlies.

This brings us to the recent announcement that the state is petitioning the U.S. Fish and Wildlife Service to remove Endangered Species Act protections for grizzly bears in the Northern Continental Divide Ecosystem, opening up possible hunting opportunities in areas surrounding Glacier. As a former Glacier Park Ranger and seasoned local business owner, I have seen that the experience visitors want most is the chance to see a grizzly in the wild. Protected. Secondly, the grizzly bear population in Montana consists of two very separated “islands.” One in Yellowstone and one in Glacier and there is no evidence of intermingling yet which, in my opinion, is necessary to achieve “recovery” of a threatened species. According to USFWS, grizzly bears currently inhabit just 6% of their historic range. The North Fork is a decent chunk. To be a North Forker is to live with grizzlies while cutting firewood or fixing the snowblower, always remembering that the remote corner of the ecosystem spanning the Rocky Mountains you get to call home, too. As fellow North Forker Doug Chadwick says in his new book, “Four Fifths a Grizzly”: Do unto your ecosystems as you would have them do unto you. Up here, that means neighbors caroling on a full moon night. Happy Holidays to all!