Here’s more news regarding the ongoing effort to restore the black-footed ferret population . . .

A nocturnal species of weasel with a robber-mask-like marking across its eyes has returned to the remote ranchlands of western Wyoming where the critter almost went extinct more than 30 years ago.

Groups of ferret releasers fanned out over prairie dog colonies covering several thousand acres of the Lazy BV and Pitchfork ranches. Black-footed ferrets co-exist with prairie dogs, living in their burrows and preying on them.

The US Fish and Wildlife Service hopes to use drones to inoculate black-footed ferrets against sylvatic plague . . .

The US government is set to unleash drones that fire vaccine-laced pellets in a bid to save the endangered black-footed ferret, a species that is facing a plague epidemic across America’s great plains.

The US Fish and Wildlife (FWS) has developed a plan to bombard ferret habitat in Montana with the vaccine, which will be administered via specially designed drones that will be able to shoot pellets in three directions simultaneously.

The vaccines will be targeted at the prairie dog population at the UL Bend National Wildlife Refuge in north-eastern Montana. Black footed ferrets – North America’s only native ferret – are completely dependent upon prairie dogs, which are a type of burrowing rodent, for their food and shelter. 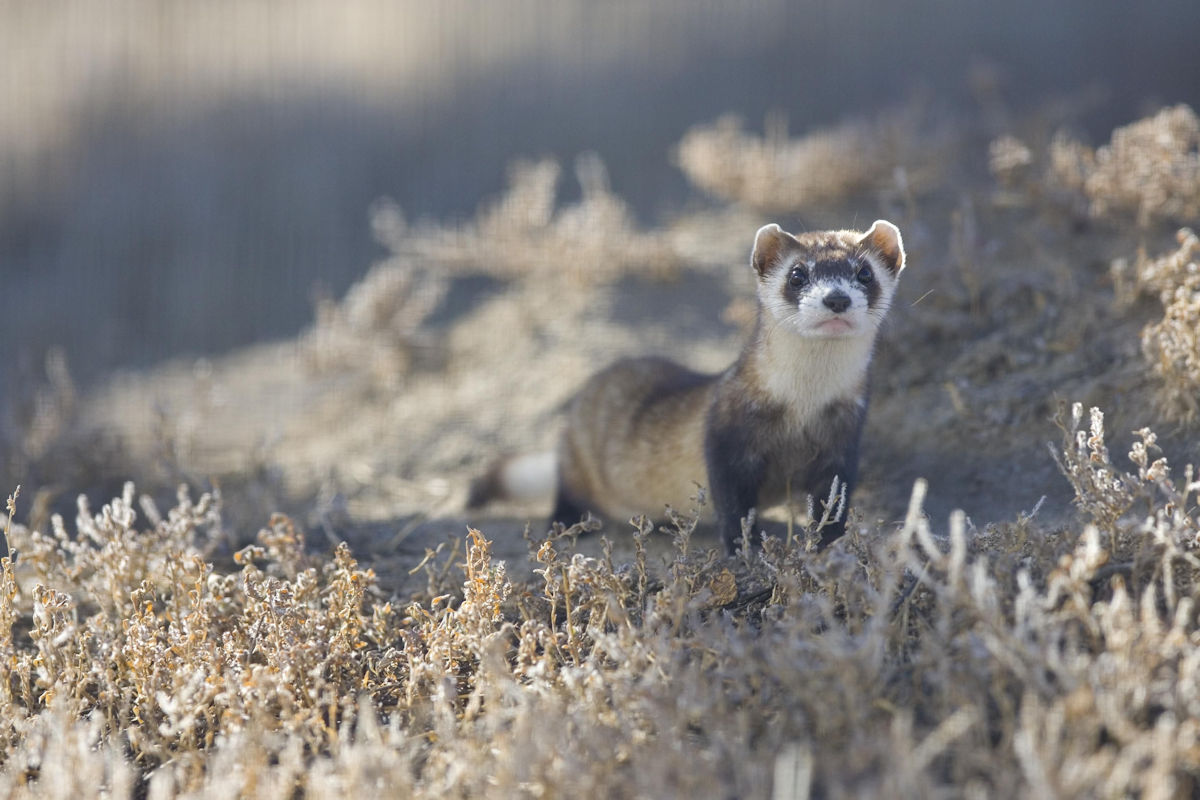 A lengthy but interesting article on efforts to reintroduce the black-footed ferret . . .

No one said trapping black-footed ferrets at night in the remote Wyoming plains was easy. Even biologists admit spotlighting the nocturnal 3-pound critters hiding among sagebrush and tall, cured grass is probably not the most effective method.

But for right now, it’s the only way to survey one of a handful of colonies of an animal once thought extinct.

“We’re looking for eye shine of ferrets,” said Nichole Bjornlie, Wyoming Game and Fish Department’s nongame biologist, as she bumped along a dark, rutted road in late August. “They have a very, very bright blue turquoise.”