Here is Randy Kenyon’s report on the NFPA’s attendance at the recent Roundtable on the Crown of the Continent meeting in Missoula. Also note note that a conference summary in PDF format was just released by the meeting organizers. 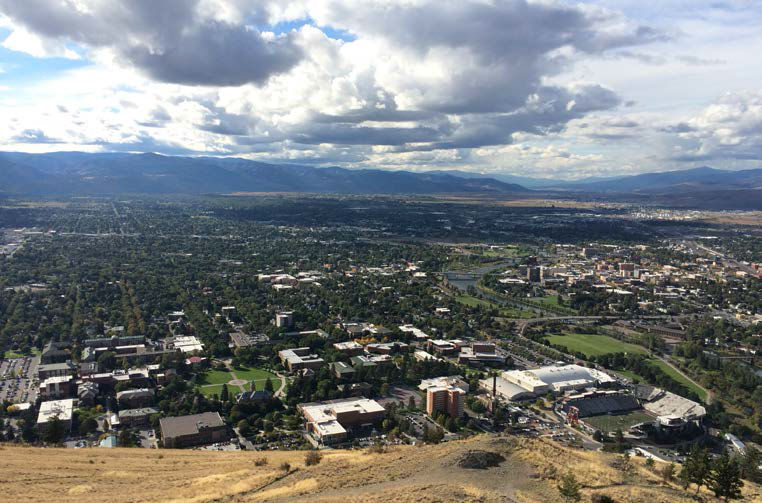 Report on the
6th Annual Roundtable on the Crown of the Continent
September 16-18, 2015
University of Montana
Missoula, MT

The theme of this year’s conference was “New Ideas and Enduring Values: The Next Generation of Leadership in the Crown.”

The core mission is to connect people to enhance culture, community and conservation, with three objectives in mind: exchange information and ideas, connect people working on similar issues and foster a sense of regional identity; celebrate the links among the culture, community and conservation values and how people are working to enhance these values; and finally examine some of the most compelling issues facing the Crown and build collective capacity to address them on a local and regional level.

This year the overriding emphasis was encouraging and enhancing opportunities for the next generation of conservation activates.  The conference was consistently attended by university natural resource and other students from a variety of countries.

The Crown consists of a vast and complex ecosystem straddling the continental divide, reaching south from Missoula’s Rattlesnake Wilderness north along the Flathead Reservation through the Flathead and Kootenai Forests across the boundary at Cranbrook, continuing on north until heading east to the Front where it continues south, all the way down to the Scapegoat Wilderness – including, of course, Waterton Glacier National Park – encompassing 18 million acres.

After a pre-conference workshop on citizen science and various other kickoffs, the conference began with the keynote presentations.

Len Broberg, university professor in the Environmental Studies program, spoke to “The Role of Higher Education in the Crown.”  He related in general terms the vast array of organizations involved in Crown conservation actions and how the next generation needs to be integrated into our efforts.  He will be facilitating classes in the North Fork next summer.

Jeff Mow, Glacier Superintendent, then spoke regarding Glacier Park issues, including climate change and transboundary conservation.  He was followed by Leanne Marten, USFS Regional Forester, who spoke mostly about forest revisions – including a comment that the Flathead Forest plan should be completed by June of 2017.

Next was a panel on “Economic Development Leadership from an Iconic Landscape.”  This consisted of three local entrepreneurs talking about market and employment challenges in the crown region.  Those challenges include finding and sustaining high tech persons, and geographical isolation.

The second day began with a presentation from the International Peace Park Expeditions, a transboundary conservation specialty group.  He related that his organization is fostering “Hands Across the Border” celebrations.  This organization is collaborating with Ohio University in providing educational programs.  They will be in our area next summer, and I’ve laid the groundwork for maybe connecting up with them.

Next were presentations on “Shifts in the Crown Earth, Wind and Fire” from Tom Olliff of the Great Northern Landscape Conservation Cooperative and Tim Davis, director of DNRC’s watershed planning.  They spoke to climate change, particularly Tim who is in the process of rewriting DNRC’s long range water planning, with an emphasis on how climate change will impact our water resources (earlier runoff, increase in precipitation, decrease in snowpack, etc.).

Tony Incashola, director of the Salish-Pend d’Oreille Culture Committee, gave a heart rendering speech on enduring values, tribal heritage and the need to return to our roots and the earth.

There were a variety of break-out sessions.  I attended one on the Flathead Water Compact from Rich Janssen, resource director for the CSKT tribe. He is aghast at the opposition and misinformation regarding the compact.  It will be years before the compact comes to fruition.  The Blackfeet signed off on theirs 10 years ago and congress still has not approved it. Rich is a potential speaker for next year’s annual meeting. I also attended a session on “Best Practices in Large Landscape Conservation” from Charles Curtin.  He noted that the old planning paradigm (assess, design, implement, monitor, evaluate and adjust) is passé and we need to move on to a collaboration model community based from the bottom up.

Governor Bullock gave a brief speech, much of what one would expect.  Then Michael Jamison gave a very interesting presentation on story telling, and the power of stories versus facts.  He is, as we know, from the National Parks Conservation Association.

John and I attended another break-out session on Badger Two Medicine from Tony Tatsy.  He spoke from a tribal perspective, having grown up in the area.  Steve Thompson did another on putting together the National Geographic Crown of the Continent map including some interesting stories on his journey to research stories.

Thursday late afternoon Randy and John attended an optional visit to the old Milltown Dam site, which was a super fund site because of all the chemicals behind the dam. The place has been cleaned up as much as possible and is now Milltown State Park. The tour was given by the park manager, Mike Kustudia, of Montana Fish, Wildlife and Parks.

Friday morning began with Gary Tabor from the Center on Large Landscape Conservation.  His focus is building connections, bottom up constituency and getting to know the assets of other programs to create effective “connectivity”.  The roundtable ended with us breaking up into four groups.  Annemarie, John and I went with the youth group to learn more about involving the next generation, where we were exposed to some interesting ideas about getting youth involved in some North Fork activities.

John, Annemarie, and I returned after dinner Thursday to hear presentations from Rick and Susie Graetz’s photographic tour of the crown and the amazing Working Dogs for Conservation group.  They train rescue dogs to perform wildlife research (bears, fish, etc), along with a live presentation.  We also returned the first night to view some great video shorts.

John and I stayed at a new, and very cool, hostel while in Missoula: The Shady Grove Hostel.  Chris has rehabbed a very old house downtown and done an extraordinary job.  There was a slight communication breakdown and John and I were unable to share a room, so Chris gave me a dorm bed for three nights at no cost.  I sent him a thank-you note on behalf of the NFPA.

The importance of attending this conference?  If we would like to pursue collaboration with other conservation groups, there are a fascinating and vast number of organizations that we could link up with, and some that have connections here in the North Fork.  Some suggestions are The Wild Rockies Field Institute, the International Peace Park Expedition, U of M Environmental Studies, Conservation Corps of Kalispell, and Rick Graetz, who by the way will be teaching a class at the NF Hostel the weekend of October 16th and anyone is invited to attend a 8:30 am Saturday session.  An area of cooperation and collaboration could be utilizing “citizen science”, where individuals or groups perform conservation related research on behalf of an institute or organization. Further exploration into citizen science should be facilitated. We consistently heard from local organizations that would dearly love getting conservation-minded youth up the North Fork for projects or learning experiences.