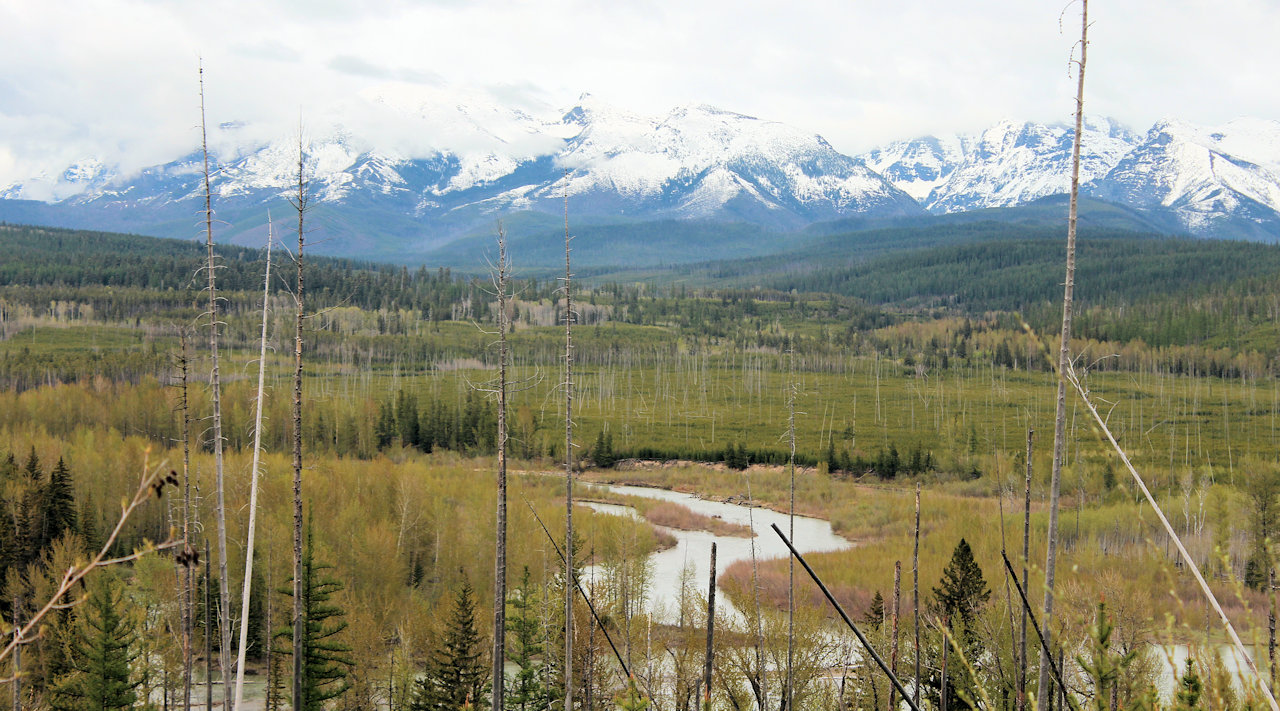 From a press release announcing the recent “Polebridge Palace” sale . . .

A property that helped turn Montana’s North Fork Flathead River into a conservation stronghold is changing hands but remaining wild, as The Vital Ground Foundation has teamed up with The Nature Conservancy (TNC) and new landowners on a conservation easement protecting 142 acres of forestland and wildlife habitat known as Polebridge Palace.

On the pine-strewn benches above the North Fork Flathead, the area will remain a haven for grizzly bears, Canada lynx, and other sensitive wildlife, as well as a part of the protected Glacier National Park viewshed that annually attracts millions of domestic and international tourists. Meanwhile, TNC can ensure an undeveloped future for a place that once hosted the group’s early momentum-building events in the valley.

“We’re very excited,” said Greg Lambert, transactions manager for TNC’s Montana chapter. “We decided a few years ago that the best option for TNC was not to own it, but as a conservation organization, we wanted the property protected in perpetuity and would never have sold it without an easement in place.”

The agreement includes TNC selling the acreage to new private buyers while donating a conservation easement to Vital Ground, a nonprofit land trust based in Missoula that works to connect and protect key habitat for grizzly bears and other wildlife. The easement stipulates that the new landowners will not develop the forested property beyond its current house and small outbuildings, keeping the bulk of the property preserved as habitat that will help reduce bear-human conflicts in the area.