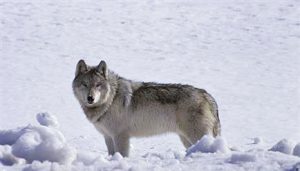 On Tuesday, a District Court in Lewis and Clark County issued a temporary restraining order impacting some of Montana’s wolf hunting and trapping regulations. The changes go into effect immediately. The order restores the 2020 wolf quotas for several units, including the old two-wolf limit for WMU 110, which covers the North Fork. It also restricts “hunters and trappers to harvesting five wolves total per person, per season” and prohibits the use of snares. There’s a hearing scheduled for November 28 on this order.