Vallieres worked as a technician under Manley for four years and worked under wolf biologists Kent Laudon and Diane Boyd for one year each prior to that. She’s originally from New Hampshire and has a degree in applied animal science and wildlife from the University of British Columbia in Vancouver. To date, she’s says she’s worked with about 100 grizzly bears through her tenure and learned a lot from Manley, who retired last year.

Congratulations to Justine Vallieres! She is the new Wildlife Conflict Specialist for Montana Fish, Wildlife & Parks (Region 1) based out of Kalispell.

I retired at the end of 2021. Justine was one of several qualified individuals that applied for the job and was selected by the interview committee. I know Justine will do a great job!

Tim Manley shared this very important and significant  op-ed from the Missoulian on Facebook this morning . . .

“Sharing an Op-Ed from the Missoulian. I have copied and pasted it to make it easier to read.”

“I know and have worked with many of these biologists that signed the letter. They have many years of experience and I have a lot of respect for them.”

We are long-time Montana residents and professional wildlife biologists and managers with a total of 1,493 years of experience in wildlife management and wildlife habitat management with Montana Fish, Wildlife and Parks (FWP), federal agencies, and Tribes. Among us are 13 retired biologists with more than 370 years with FWP, and three former commissioners from the Montana Fish and Wildlife Commission.

Montana’s natural resources are under attack by extremists and special interests in the legislature and the governor’s office. These extreme views are reflected in the anti-predator, anti-hunter access, and anti-habitat preservation legislation introduced and, in most cases, passed in the 2021 legislature. The governor’s appointments to the Montana Wildlife Commission as well as the appointed leadership of Montana Fish, Wildlife and Parks (FWP) now represent the interests of a minority instead of the majority of the hunters, anglers, and citizens of Montana who value Montana’s wildlife whether they hunt and fish or not. We believe these changes have resulted in a steep decline in the morale of career FWP staff across the agency, especially biologists. The focus of the current Wildlife Commission and FWP leadership are the interests of these special interest groups:

The Montana Wildlife Commission now represents special interests and not the average sports men and women and all citizens of Montana. Recent Commission appointees are or were leaders of:

The governor’s appointed leadership of FWP and the Wildlife Commission have demonstrated that they will represent minority special interests instead of the majority of hunters, anglers, and citizens of Montana who value Montana wildlife and fish. For example, the Commission, in a hastily organized and minimally advertised Zoom meeting on Sept. 24, awarded the Wilks brothers eight trophy bull permits for their ranch in the Snowy Mountains. They get to award these eight permits to those “…who contribute to the success of the ranch.” This is privatization and commercialization of Montana wildlife for wealthy landowners, which is fully supported by the 2021 legislature and the governor. These eight bull permits are above and beyond what FWP biologists recommended for harvest in the area and the Commission awarded them anyway.

Wildlife management in Montana has become politicized. Politicians are now setting science-free wildlife policy based on their personal, partisan agendas. The careful management of Montana’s treasured wildlife and fish used to be a bi-partisan issue, but not anymore. The Republicans in the legislature, appointed FWP leadership, and the appointed Wildlife Commission have ignored facts and science to implement regressive wildlife policy. They also have ignored the concerns of the public even when the public is overwhelmingly opposed to what they are doing.

Dan Vermillion, J.D.
13 years as a Commissioner on the Montana Fish and Wildlife Commission. Livingston, MT.

Tim Aldrich, B.S.
4 years as a Commissioner on the Montana Fish and Wildlife Commission. Missoula, MT. 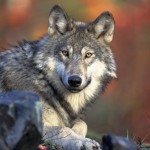 Several horrific bills were passed by the 2021 Montana Legislature that will harm wolves and grizzly bears! These include significant reduction of the wolf population through neck snaring, longer seasons, hunting at night with spotlights, larger bag limits, bounties, etc. These proposed changes are based on the angry emotions of a few legislators, and prohibit MT Fish, Wildlife & Parks (FWP) from being able to reasonably manage wolves and bears based on the best science available. The FWP Commission will be voting on these proposed detrimental changes in August. We have until 5pm on July 26 to get comments to our commissioners against these disastrous new laws. Please comment before July 26! In your letter, please recommend “Option 1—Limited New Tools.” For more information & online comment submission go to: https://fwp.mt.gov/hunt/public-comment-opportunities  and click on 2021 WOLF SEASON. You can also email the individual commissioners at:

The grizzly drew crowds in October as it prepared for denning by grazing with gusto in an oats field south of Polebridge along the North Fork Road.

As is often true in such encounters, a few spectators who acted recklessly in a quest for close-up photos created problems for the bear. Some people approached to within 20 feet of the grizzly, a subadult male, according to witnesses.

Ultimately, after attempts to haze the bear failed, the Montana Department of Fish, Wildlife and Parks decided to capture and move the bear. The animal was fitted with a GPS collar and released at Packers Roost in Glacier National Park.

Here’s an interesting peek behind the curtain at the problems Montana Fish, Wildlife and Parks faces in covering a large state with a fairly small staff . . .

That’s the case Ken McDonald, Wildlife Division administrator for the Department of Fish, Wildlife and Parks, made Tuesday. McDonald’s presentation to the Joint Subcommittee on Natural Resources and Transportation in Helena was one of many hearings that FWP’s proposed 2020-21 budget will face . . .

The ongoing mule deer study is turning up some interesting data . . .

Preliminary data from a 2-1/2-year long mule deer study is showing some interesting facets in the animals’ behavior and movement across the landscape in Northwest Montana.

Researchers from the University of Montana in cooperation with Montana Fish Wildlife and Parks, radio collared 44 mule deer on the Rocky Mountain Front near Augusta, 26 in the Fisher River drainage and 31 in the Whitefish range.

Currently, of those deer, 26 are still “on air” along the front, 21 near the Fisher and 19 in the Whitefish Range.

Here’s a good article on the wolf management difficulties faced by Montana Fish, Wildlife and Parks . . .

Wolves are complex critters that for centuries have inspired myths and legends while generating fierce controversies, an animal whose presence on the landscape is at once magical and maddening, captivating wildlife lovers while commanding condemnation from hunters who say the population of predators is decimating the bounty of big game in Montana.

Livestock producers living on the wild edges of wolf country have their own set of challenges, forced to keep constant vigil over calving pastures that serve as a veritable beef buffet for a pack of predators.

And wildlife managers with Montana Fish, Wildlife and Parks (FWP), the agency tasked with implementing regulatory mechanisms to manage wolves following delisting of the species from the Endangered Species Act in 2011, which granted the state full management authority of its wolf population, are caught in the middle, seeking to strike a delicate balance amid competing interests that remain bitterly divided.

Montana Fish, Wildlife and Parks Wildlife Biologist Tim Thier has had a distinguished career working with animals and birds in the western United States, but when he approached a impromptu checkpoint manned by Mexican Federal Police in Chihuahua while searching for grizzly bears nearly 40 years ago, he wasn’t sure how long, or if, that career would last.

Thier recently retired from the state agency, capping a 30-year career with it. But Thier’s career studying and working with wildlife dates back much further than that.

He first worked in Northwest Montana in 1976 with famed bear biologist Chuck Jonkel. Jonkel, who died nearly three years ago, was a pioneering bear biologist who spurred the careers of many who studied bears and other wildlife. Thier also worked with Chris Servheen of the U.S. Fish and Wildlife Service, the first grizzly bear recovery coordinator, who retired in 2016.

Assuming grizzly bears are delisted in the Northern Continental Divide Ecosystem (NCDE, essentially Northwest Montana), Montana would take over management of the bears. The Montana department of Fish, Wildlife and Parks is holding a series of meetings to discuss management objectives, including one in Kalispell at 6:30pm on September 27 at the Flathead Valley Community College, Arts and Technology Building, 777 Grandview Drive . . .

Montana Fish, Wildlife and Parks (FWP) spokesman Dillon Tabish says the meetings are not meant to address the question of whether or not to delist the bear, and are not related to a separate population of grizzlies around Yellowstone National Park, whose federal protections are currently tangled up in federal court.

“Are we comfortable with a minimum of 800 grizzly bears on the landscape? Is that too many? Is that not enough? We really, genuinely want to hear Montanans’ input on that question and that question alone.”

The meetings will feature presentations on the grizzly population by state biologists and the opportunity for Montanans to voice their opinion on the rule.