The Forest Service has reported no significant changes to the Ninko Creek Fire since Sunday, but they did post a new, more detailed topographic map today. According to the map legend, they’ve bumped the size of the burn up to 662 acres from the previously estimated 500. 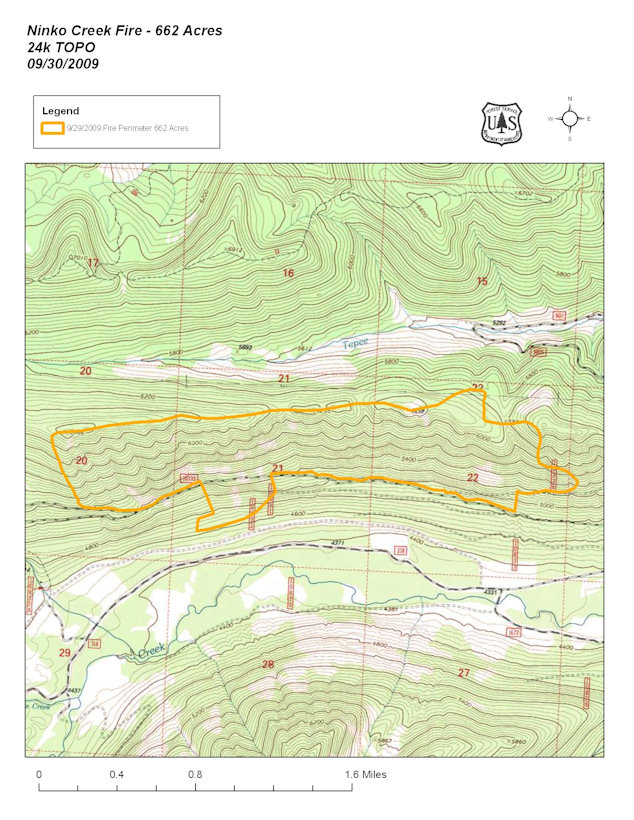 The Ninko Creek Fire didn’t generate much in the way of news Tuesday. Apparently, it is still at about 500 acres and, with cooler, moister weather moving in, isn’t likely to do anything exciting very soon.

The Flathead National Forest posted a couple of aerial photos to the Inciweb log.

Also, here is the latest (September 29th) GeoMAC map showing the extent of the burn: 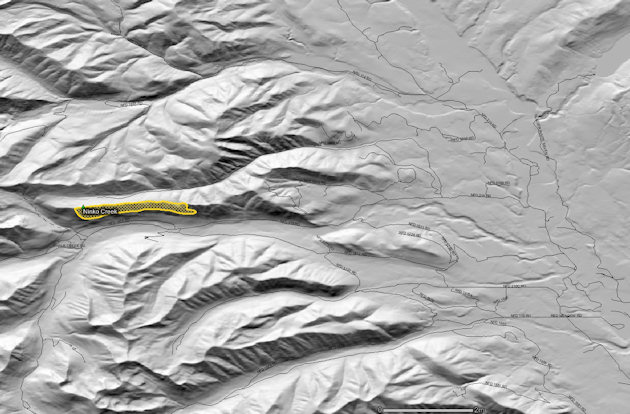 The Missoulian is all over Senator Jon Tester’s “Forest Jobs and Recreation Act” (mostly called “Tester’s wilderness bill” throughout the week). The big reveal was at a meeting in Townsend Friday afternoon. The Missoulian posted a basic write-up shortly thereafter, followed by two lengthier articles early Saturday morning.

What’s the North Fork connection? The projects in the bill are the thin edge of the wedge. Tester is proposing a fairly basic change in the way the Forest Service works with all local communities.

Here are the links and ledes for the two most recent Missoulian articles, as well as a map showing the areas affected.

The smell of sawdust hung in the air Friday as U.S. Sen. Jon Tester stood in front of a small lumber mill and announced his plans to create almost 700,000 acres of new Montana wilderness, designate a new national recreation area and mandate timber harvests on thousands of forested acres.

Called the Forest Jobs and Recreation Act, Tester’s bill is the first effort to set aside new wilderness in Montana in a generation. Most of the new wilderness, more than 500,000 acres, would be in the Beaverhead-Deerlodge National Forest.

Yet most of the talk Friday was about all the other things Tester’s bill would do, specifically requiring timber harvests, directing different kinds of timber removal — like cutting small trees for biomass generators — and creating new kinds of contracts timber companies could make with the federal government.

That’s either a needed compromise to break deadlocks in Montana’s wilderness debate, or a step toward breaking up the U.S. Forest Service, depending on whom you talk to.

And also: A map of the proposed land designations in PDF format.

Here’s a map of the areas being proposed as possible sites for helicopter skiing. Click on the map to see a larger image (opens in a new window).