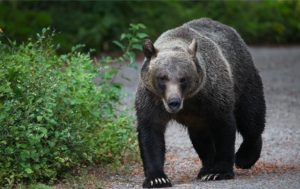 The North Fork Bear News is back! Many of you should have received the 2021 edition in the mail, but it is now also available online.

We’re back! The North Fork Bear News was an annual newsletter that Amy Secrest, with layout assistance from Richard Wackrow, created and thoughtfully published from 2000-2005. A big shout out and thanks to the both of them for all their work! I have humbly taken up the mantle, and with support from the North Fork Preservation Association, plan to resume a yearly spring mailing to any and all North Forkers who would like to receive it. I would like to encourage any feedback you may have on this issue, but even more so any suggestions for content you would like to see in the future (my contact info can be found on page 6). It is our hope that this newsletter be educational, interesting, and inspiring; not only a way to stay informed on the wildlife that we are lucky enough to cohabit alongside, but also to celebrate the ways that we are all connected to each other as the North Fork community. 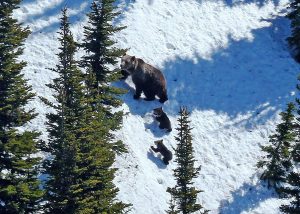 The 2021 edition of the NFPA’s “Living with Wildlife” brochure is available online. This publication, authored by wildlife biologist and researcher Diane Boyd and published by the NFPA, is highly recommended reading for anyone who lives near or interacts with our abundant local wildlife!

The meadows, mountains and rivers of the North Fork are home to wildlife as well as humans who live and recreate in these areas. This interface can lead to conflict in which the wildlife usually loses. While private lands make up only 3% of the North Fork valley, they offer some of the best wildlife habitat. This brochure offers suggestions on how we can better coexist with our wildlife. 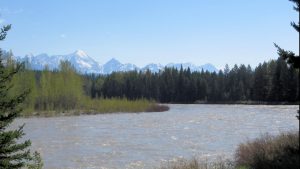 For those of you interested in more information about the Forest Service special use permits being considered for touring and guiding in the North Fork, Rob Davies passed along a very useful “summary of the routes, maps, dates, and service days that folks asked about at the meeting last Tuesday night.“ (Note that Rob must be working some long hours. I got his email a little after 930pm yesterday evening.)

“We greatly appreciate the commitment of interested participants who’ve provided important contributions toward the development of the land management plan through their participation in the planning process,” Forest Supervisor Chip Weber said. “We look forward to working with our partners and public in the years ahead in utilizing the vision in this land management plan to reach strategic objectives.”

The 2018 Forest Plan replaces the 1986 Plan, updating the long-term strategic vision for managing the Forest’s 2.4 million acres of lands in northwest Montana. The Forest Plan is the second in the nation to implement the Forest Service’s 2012 Land Management Planning Rule (36 CFR 219), which facilitates goals of the U.S. Department of Agriculture in promoting sound land stewardship in partnership with communities.

“We were glad to be part of a robust collaborative process that included a wide range of stakeholders willing to work hard to find space for everyone in our National Forests,” stated Paul McKenzie, the Lands & Resource Manager for F.H. Stoltze Land & Lumber Company. “We feel the collaborative proposal to the USFS was given good consideration in the Forest Planning process. Many elements of the proposal are reflected in the management plan for the North Fork Area. It just goes to show that working together produces better results than working against each other.”

Amy Robinson, Conservation Director for the Montana Wilderness Association added, “The Montana Wilderness Association thanks the Forest Service for including many of the collaborative recommendations the Whitefish Range Partnership offered regarding timber harvest, recreation, and weed management. We are particularly pleased the Forest Service is recommending 80,000 acres of new Wilderness in the northern Whitefish Range. This recommendation will help secure and enhance critical habitat for grizzly bears, lynx, and other wildlife that make this corner of Montana so unique.”

Many of you have met and interacted with the steady stream of University of Montana geography students visiting the North Fork over past years. One of them, Jedd Sankar-Gorton, used his studies of the Transboundary Flathead as the basis for his master’s thesis. Here’s an introduction to his work written by Lois Walker…

Jedd Sankar-Gorton recently graduated with an M.S. degree in Geography from the University of Montana. His master’s thesis focuses on efforts to secure joint U.S.-Canadian protections for the upper reaches of the Flathead River from 1974-2014. It’s worth a read. For the benefit of future researchers, he has pulled together in one place an extensive body of reference material related to preservation efforts in the upper Flathead.

While this study primarily discusses proposed coal mining in British Columbia, it draws attention to other potential environmental threats to the river, as well. In the broader context, he highlights the thorny diplomatic challenges that governments around the world face as they try to design and implement effective management of transboundary waters. The bottom line is that, although we have secured some basic protections for the Flathead, there is still much that can be done to improve dialogue with our Canadian neighbors and craft more coordinated environmental management of the river system.

On August 25, 2018, the NFPA submitted the following statement to the Department of Interior during the comment period on their proposed changes to Endangered Species Act rule-making.

On behalf of the Board of Directors for the North Fork Preservation Association, we stand for a strong Endangered Species Act.

We believe that it is important to keep the “blanket 4(d) rule” in place, that automatically grants all species listed as Threatened protection from harm, harassment, injury and death.

If the current proposal moves forward, already vulnerable species would only be protected if and when your agency decides to undertake a specific rulemaking process. Not only would this increase the rulemaking workload for your agency, but Threatened species would be left waiting for protection that may never happen.

We believe that a strong Endangered Species Act is in the best interest of humans and wildlife. While some exploitative industries would benefit from this change because they could continue to disregard threatened species, this change is not in the interest of the rest of us.

The Endangered Species Act is one of the most cherished pieces of legislation in our country’s history and should not be weakened. Please keep this vital rule to protect our Threatened species in place.

Rob Davies, the Hungry Horse/Glacier View district ranger, is asking for public feedback on a small, low-impact project in the Big Creek drainage to improve conditions for Bull Trout.  If possible, they’d really like to get this accomplished in April, before the stream flows really get going. This means they are looking for public comments by March 30.

Here’s what Rob had to say in his email (lightly edited), followed by the full text of the project letter . . .

We will be issuing a NEPA decision for a small simple project that was presented at the Inter-local Meeting last February.

Essentially the State and the Forest Service wants to breach a log jam, and several small beaver dams where migrating bull trout were blocked from upstream movement to their normal spawning area (last fall). The work would be accomplished using a Spider Backhoe…… if you never have seen this type of heavy equipment it is really interesting…….. it’s essentially a small excavator but instead of using steel tracks, it moves on 4 robotic-like legs so that soil and vegetation disturbance is very minimal.

We would like to complete this work before peak runoff occurs this spring so natural flows will help scour and maintain the channel. Normally bull trout projects never remove or disturb large wood in streams but in this case, the Flathead bull trout populations are so depressed from other Flathead Lake issues…… doing all that we can to assure spawning success is important.

Please provide comments, by email, in writing, or by phone no later than March 30th, 2016.

END_OF_DOCUMENT_TOKEN_TO_BE_REPLACED

As befits a document that will have quite an impact on this little corner of Montana, the proposed Flathead National Forest Plan revision is big — some 499 pages of text and figures. The grizzly bear amendment, describing how the forest will coordinate grizzly bear management with other agencies and jurisdictions across the entire Northern Continental Divide Ecosystem (NCDE), adds another 64 pages to the pile.

If you’re the sort of person who likes to go straight to the source documents, here’s how to get them:

Here’s the press release. We also offer a link to the full report . . .

Located in northwest Montana adjacent to Glacier National Park, the 2.4 million-acre Flathead Forest is a strategic part of the stunning and ecologically diverse Crown of the Continent Ecosystem. From the 1930’s to the present, generations of citizens and government leaders have worked to protect this special area through designations of wilderness, wild and scenic rivers, and protection of critical wildlife habitat.

In his report, “Conservation Legacy on a Flagship Forest: Wildlife and Wild Lands on the Flathead National Forest, Montana,” WCS Senior Scientist Dr. John Weaver notes that these protections may not be enough in the face of looming challenges such as climate change.

Weaver found that the Flathead is a stronghold for these fish and wildlife species that have been vanquished in much of their range further south. His analysis shows that 90 percent of the Flathead has a “very high” or “high” conservation value for at least one of the five focal species.

In his recommendations, Weaver employs a “smart strategy for resiliency” that protects and connects large landscapes that have high topographic and ecological diversity. Such a strategy will provide a range of options for animal movements as conditions change. Importantly, remaining roadless areas account for nearly 25 percent of the best habitats for these species. In particular, these higher-elevation areas will provide key options for such vulnerable species in a warmer future.

In total, Weaver recommends 404,208 acres of roadless area on the Flathead Forest for Congressional designation as National Wilderness, and another 130,705 areas be conserved in roadless condition as legislated “Backcountry Conservation.” Vital places with particular concentration of present and future habitat include the Whitefish Range adjacent to Glacier National Park and the Swan Range east of Flathead Lake.

“This report will help inform discussions and decisions about future management on the Flathead National Forest,” said Weaver. “These spectacular landscapes provide some of the best remaining strongholds for vulnerable fish and wildlife and headwater sources of clean water. These roadless refugia offer a rare opportunity to complete the legacy of protecting wildlife and wildlands on this crown jewel of the National Forest system for people today and generations yet to come.”

These materials were retrieved from the Flathead County Planning and Zoning “Documents Online” page. All are PDF documents.