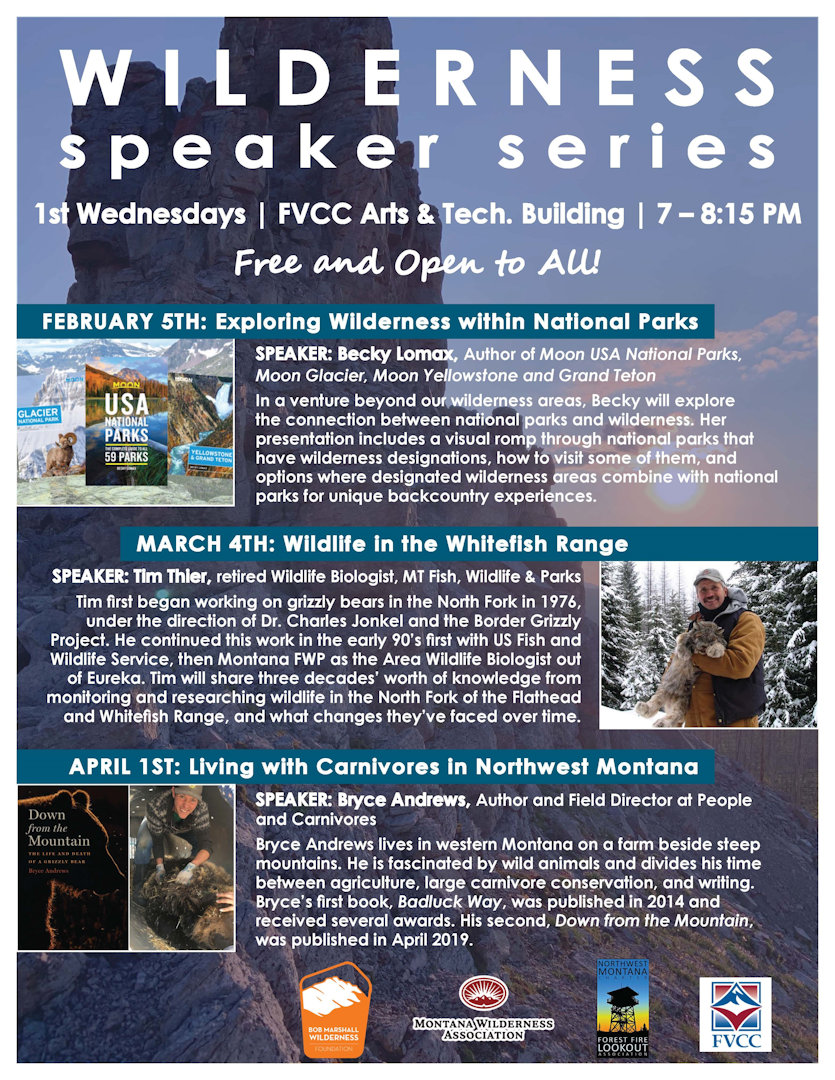 Montana Fish, Wildlife and Parks Wildlife Biologist Tim Thier has had a distinguished career working with animals and birds in the western United States, but when he approached a impromptu checkpoint manned by Mexican Federal Police in Chihuahua while searching for grizzly bears nearly 40 years ago, he wasn’t sure how long, or if, that career would last.

Thier recently retired from the state agency, capping a 30-year career with it. But Thier’s career studying and working with wildlife dates back much further than that.

He first worked in Northwest Montana in 1976 with famed bear biologist Chuck Jonkel. Jonkel, who died nearly three years ago, was a pioneering bear biologist who spurred the careers of many who studied bears and other wildlife. Thier also worked with Chris Servheen of the U.S. Fish and Wildlife Service, the first grizzly bear recovery coordinator, who retired in 2016.

The Local chapter of the Montana Wilderness Association is launching this year’s “Wilderness Walks” program with a get-together and presentation at the Split Rock Cafe in Kalispell at  5:30 p.m. on May 31 . . .

On Friday, May 31, the Flathead/Kootenai Chapter of the Montana Wilderness Association will present a Wilderness Walks Kickoff Party at the Split Rock Cafe in Kalispell.

The event will start with a social hour at 5:30 p.m., followed by a presentation from Montana Fish, Wildlife and Parks biologists Tim Thier and Chris Hammond telling stories about native species in the Whitefish Range.

Thier and Hammond will give their presentation at 7 p.m. upstairs from the Split Rock Café in the KM Theater. The presentation will last about one hour.