From an MWA announcement released this morning . . .

Don’t miss the Kalispell screening of “Our Last Refuge,”a documentary film about the sacred Badger-Two Medicine area and the decades-long struggle to protect it from oil and gas development.

The film features voices from all sides of the struggle — Blackfeet elders, local conservationists, and even the law firm pushing for oil exploration. All together, they chronicle the epic saga of this unique landscape and the current legal challenge over it, the outcome of which could determine the fate of sensitive and sacred lands nationwide.

“Our Last Refuge” is the first in-depth telling of this critical story at a moment in time when the stakes are at their highest.

Note: There is also a free panel discussion in Missoula on Tuesday, October 18, from 6:30 – 8:30 p.m. featuring Blackfeet Tribal members speaking about the Badger-Two Medicine area of the Rocky Mountain Front and the efforts of the Blackfeet and others to protect this sacred and wild area from oil and gas development.

Hosted by the UM Native American Studies program, the event will feature scenes from the “Our Last Refuge” documentary about the Badger and the fight save it.

The event will be held at
University of Montana – The Payne Family Native American Center – Rm. 105
32 Campus Drive, Missoula, MT 59812 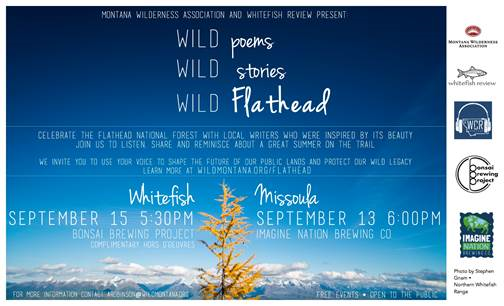 Debo Powers, NFPA President, is presenting an original poem at the event in Whitefish. Look for it here, right after the event closes!

Celebrate the Wild Flathead! Join Montana Wilderness Association and Whitefish Review for an evening of poems and stories from the wild backcountry of the Flathead National Forest on Thursday, September 15 from 5:30 – 8pm at Bonsai Brewing Project in Whitefish. Local authors will share works that were inspired by the beauty of the places in our own wild backyard such as the Whitefish Range, the majestic Swan Range and the beloved Bob Marshall Wilderness. As we reminisce about another glorious summer on the trail, MWA encourages those who care about these areas to add their comments on the Flathead National Forest’s new management plan, which is currently being revised. Complimentary hors d’oeuvres will be provided and a FREE GIFT for new and current MWA members. This is a FREE event that is open to the public. Join us to listen, share, and protect the future of our wild legacy!

Rep. Ryan Zinke Voted in favor of an ill-considered public lands-related bill and the MWA is pretty annoyed. Election year posturing is such a pain . . .

In a recent op-ed, Congressman Ryan Zinke called himself a “Teddy Roosevelt conservationist.” He based that self-characterization on a few votes he made against the transfer and sale of public lands and for the Land and Water Conservation Fund. But his vote today in the House Natural Resources Committee in favor of H.R 2316 (the Self-Sufficient Community Lands Act) is far from Rooseveltian. In fact, it’s a direct attack on the legacy Teddy left us – our National Forest lands.

The Wilderness Speaker Series presents a lecture by Harvey Locke entitled From the Flathead to Yellowstone to the Yukon: Nature Needs Half — a Hopeful Agenda for the Future of Wild Nature and Humanity.

A specialist in transboundary, large-scale habitat conservation, Locke is founder of the Yellowstone to Yukon Conservation Initiative and former vice president of the WILD Foundation. In 1999, Time Magazine Canada named him one of Canada’s “Leaders of the 21st Century.” He was also honored with the Fred M. Packard Award for Outstanding Service to Protected Areas at the World Parks Congress in Sydney, Australia in 2014.

Seating will be limited to 80 audience members, so please arrive early.

Now in it’s 4th year, the Wilderness Speaker Series at Flathead Valley Community College invites Montanans of all ages to learn more about the history and ecology of the public lands here in the Treasure State. The Bob Marshall Wilderness Foundation and the Montana Wilderness Association will host these FREE public events on the first Thursdays of February, March and April from 7:00pm 8: 30pm at FVCC. All three events will take place in the Arts and Technology Building.

This year, the Wilderness Speaker Series features three diverse and renowned speakers from across the region:

March 3: From Flathead to Yellowstone to Yukon : Nature Needs Half, a Hopeful Agenda for the Future of Wild Nature and Humanity by Harvey Locke (Room 144 A/B)Renowned conservationist Harvey Lock explores the “no holds barred”, Bob Marshall style declaration of love for the wild world and the landscape-scale management tactics it will take to save the precious ecosystems we have left.

Grab a friend and join MWA and the BMWF to learn more about the beautiful mountains and region that we call home. For more information, please contact Amy Robinson at 284-1747 or arobinson@wildmontana.org. Wilderness Speaker Series events are listed on the FVCC Continuing Education Calendar. 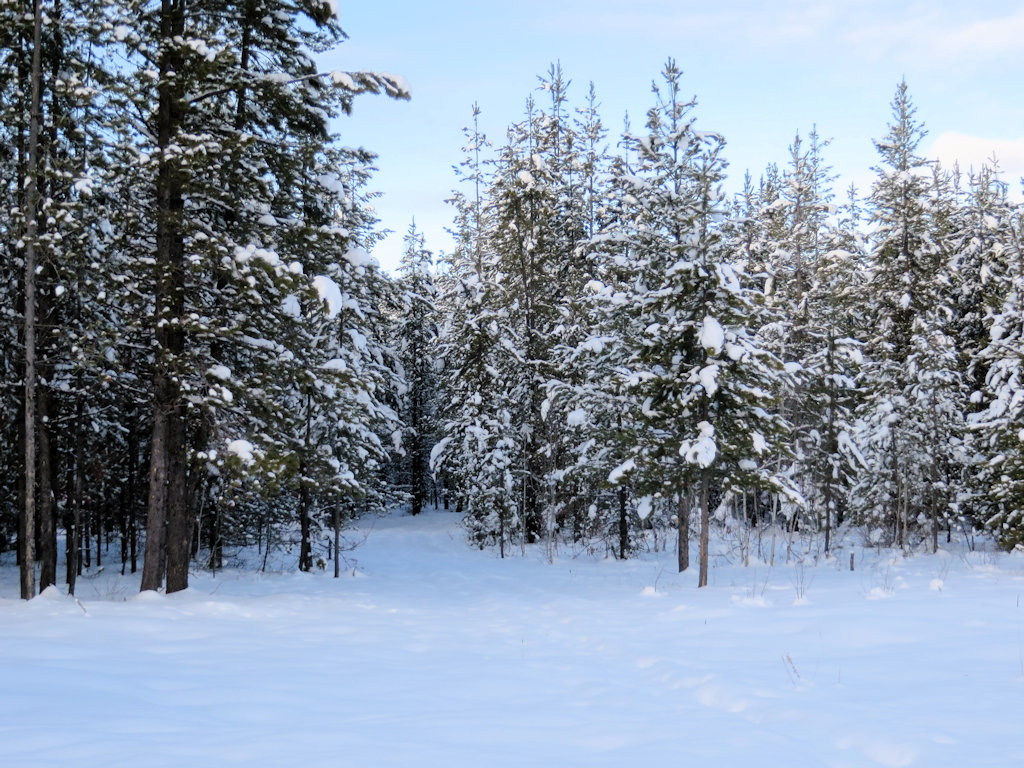 From a recent MWA email announcement . . .

Beginning this January, Montana Wilderness Association is offering 43 guided snowshoe and regular walks across some of the state’s most magnificent backcountry.

All outings are free and open to the public, but participants need to preregister online. MWA will provide snowshoes for participants if necessary.

Here’s an important message from our friends at the Montana Wilderness Association for anyone concerned about the potential for drilling activities in the Badger-Two Medicine region. Note that Debo Powers (debopowers@gmail.com) is organizing a car pool to attend the meeting in Choteau . . .

On September 2, 2015, the Advisory Council on Historic Preservation (ACHP) travels to Choteau, Montana to hear from the public about proposed oil and gas development in the Badger-Two Medicine. ACHP is an independent federal agency that promotes the preservation, enhancement, and productive use of our nation’s historic resources. In this case, the council will advise the U.S. Forest Service (USFS) whether the negative impacts of proposed drilling in the Badger-Two Medicine can be mitigated to avoid damaging the Badger’s sacred, cultural, and historical values.

We have a very simple message for the ACHP: any development in the Badger-Two Medicine will bring irreparable damage. The only recommendation the ACHP can make for preventing damage and desecration to this sacred area is this: Cancel the illegal leases.

We need your help to make this message loud and clear to the ACHP.

The USFS must consider ACHP’s recommendation in making its final determination about oil and gas drilling in the Badger. If the ACHP tells the USFS that the agency should carefully consider lease cancellation because the impacts cannot be mitigated, it strongly bolsters the case we have been making – that lease cancellation is the only good option for the Badger. But if ACHP proposes that the development can somehow be mitigated to decrease damage to the cultural property, it leaves the door open for drilling across the Badger. Encouragingly, the USFS last week recognized, in its response to a U.S. District court order, that cancellation is an option the agency could pursue.

The ACHP needs to hear from all Montanans about why the Badger-Two Medicine is an invaluable piece of Blackfeet, Montana, and American history.

We’re asking people to attend the meeting in Choteau on Wednesday, September 2 or else submit a written comment to ACHP, or both.

ANYONE WHO WOULD LIKE TO CARPOOL FROM THE NORTH FORK TO CHOTEAU ON SEPTEMBER 2 TO ATTEND THIS MEETING, PLEASE CONTACT DEBO AT debopowers@gmail.com

If you would like to speak at the meeting, you can pre-register to do so by contacting Katry Harris at 106permittodrill@achp.gov. People who have not pre-registered will be allowed to speak if time permits.

To submit a written comment, email it to Katry Harris at 106permittodrill@achp.gov or mail her your comments to:

Anyone who worked in or with the Whitefish Range Partnership will see some familiar faces in this segment from This American Land. A big hand to Amy Robinson, Bob Brown, Heidi Van Everen, Frank Vitale, John Frederick, Paul McKenzie and Erin Sexton for participating in this video . . .

You can see the  full television episode here: https://www.youtube.com/watch?v=quI1pjZWys0

The Montana Wilderness Association and Headwaters Montana recently released two reports on their recommendations for the Flathead National Forest, which includes 147,315 acres in the Swan Range.

Sen. Daines wrote Montanans on December 19, 2014 asking for feedback on “what Congress should do to increase development of traditional and renewable resources in our state while ensuring we remain good stewards of the environment.”  He also sought feedback on what to do about Montana Wilderness Study Areas. Signed by six prominent conservation groups, the following level-headed response was sent to him last Friday. It’s a lengthy letter, but worth the read. (It is also available for download as a PDF.)

LETTER TO SENATOR DAINES ON ENERGY POLICY AND WSAs

We the undersigned groups are sending this letter in response to your December 19 letter seeking feedback on “what Congress should do to increase development of traditional and renewable resources in our state while ensuring we remain good stewards of the environment.” While we appreciate your effort to seek Montanans’ input, we were discouraged by the one-sided framing of issues in your letter. Presenting current government policies as outdated, burdensome and placing severe limits on all energy development does not accurately describe the status quo in our view, nor is this extreme characterization likely to bring diverse Montanans together behind the “balanced solutions” your letter seeks.

Indeed, Montanans across the political spectrum value outdoor spaces and public lands that preserve our natural heritage and enhance our recreation economy, while also promoting responsible resource extraction. The debate on energy and public lands in Montana has progressed beyond the either/or choice between fossil fuel extraction or conservation and recreation. A 2014 Conservation in the West poll confirms this shift, a majority of Montana voters believe we need a balanced approach between energy development and conservation on public lands compared to 27% who think public lands energy development should be strictly limited and 20% who think public lands should be generally open to drilling.

Since your letter specifically requested perspectives on possible release of Wilderness Study Areas (WSAs), we wanted to make sure you are also aware of the consistent and broad support in the state for our wildest lands. Montanans are outdoors people who are proud of our protected Wilderness Areas — from the Bob Marshall to the Cabinets, Rattlesnake and Beartooth Plateau. In the June 2014, University of Montana state wide poll, 78% of respondents said permanently protecting some public lands in Montana as Wilderness has been a good thing for the state. While 51% support designating additional lands as Wilderness, that support level jumped to 66% in the poll if those designations are “crafted here in Montana with community input and the support of local groups.”