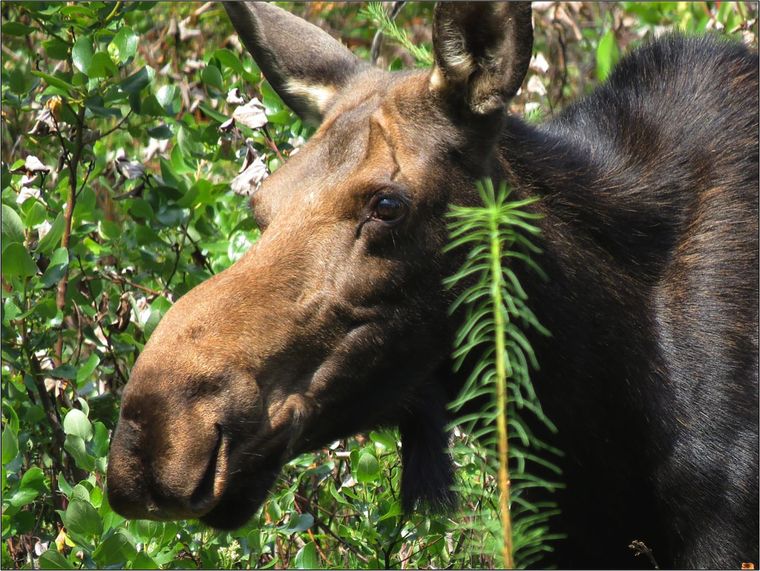 As mentioned in previous posts here, here and here, Montana’s Moose population is declining and no one is quite sure why . . .

If you went hunting last year, the people at the check station who asked if you had seen any moose weren’t just making conversation.

Those drive-by surveys are part of an ongoing study by Montana Fish, Wildlife and Parks to find out why the massive ungulates have been disappearing from the landscape over the past few decades.

Jesse Newby, a wildlife research technician for Montana Fish, Wildlife and Parks, said the statewide study launched in 2013. He and wildlife biologist Nick DeCesare use aerial flights and radio tracking as their primary tools to monitor moose populations in the Cabinet Mountains, the Big Hole Valley and the Rocky Mountain Front.