The US Fish and Wildlife Service continues to butt heads with conservationists over the status of the Cabinet-Yaak grizzly population . . .

The Alliance for the Wild Rockies on Tuesday filed a lawsuit in federal court to force the U.S. Fish and Wildlife Service to upgrade federal protections for grizzly bears in the Cabinet-Yaak ecosystem.

Grizzlies in the lower 48 states have been listed as “threatened” under the Endangered Species Act since 1975. One of five distinct populations, the bears in the Cabinet-Yaak ecosystem have struggled compared with the populations occupying areas near Glacier and Yellowstone national parks.

The Missoula conservation group’s lawsuit alleges that the Fish and Wildlife Service failed to use a scientific rationale in its 2014 decision not to reclassify the Cabinet-Yaak population as “endangered.” 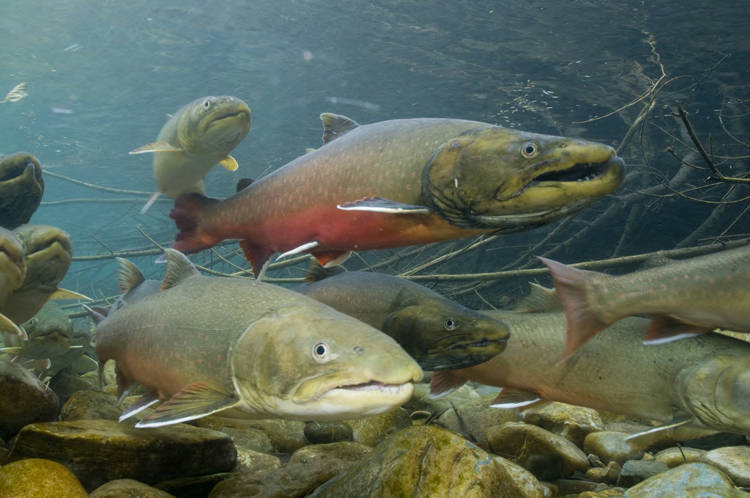 A pair of environmental groups announced Wednesday they will sue the federal government unless a recovery plan for threatened bull trout is amended to address violations of the Endangered Species Act.

The groups, Alliance for the Wild Rockies and Friends of the Wild Swan, filed the 60-day notice to sue a little more than a week after the U.S. Fish and Wildlife released its final Bull Trout Recovery Plan on Sept. 28.

A 60-day notice to sue under the ESA is required in order to provide enough information to the FWS so that it has the opportunity to identify and address alleged violations in order to make the plan sufficient.

The Kootenai National Forest is drawing fire from the Alliance for the Wild Rockies over a large timber sale it has in the works . . .

The Alliance for the Wild Rockies has sued the Kootenai National Forest over a logging project it claims will lose almost $2.6 million in tax dollars.

“The EIS for this logging project is so full of misrepresentations, omissions and egregious violations of a host of federal laws that we really had no choice except to challenge it in court,” said Michael Garrity, the environmental group’s executive director.

“It’s so bad, even the Forest Service had to acknowledge that it was violating its own forest plan, and then sought to illegally amend the forest plan to exempt itself from protecting grizzlies, bull trout and lynx as required by the Endangered Species Act,” he said.

From an AP article posted to today’s Flathead Beacon . . .

A federal appeals court on Thursday denied a request by environmental groups to halt wolf hunts that are scheduled to begin next week in Idaho and Montana.

The Ninth Circuit Court of Appeals denied the request by the Alliance for the Wild Rockies and other groups. The groups were seeking to cancel the hunts while the court considers a challenge to congressional action in April that stripped wolves of federal protections in Montana and Idaho, and in parts of Washington, Oregon and Utah.